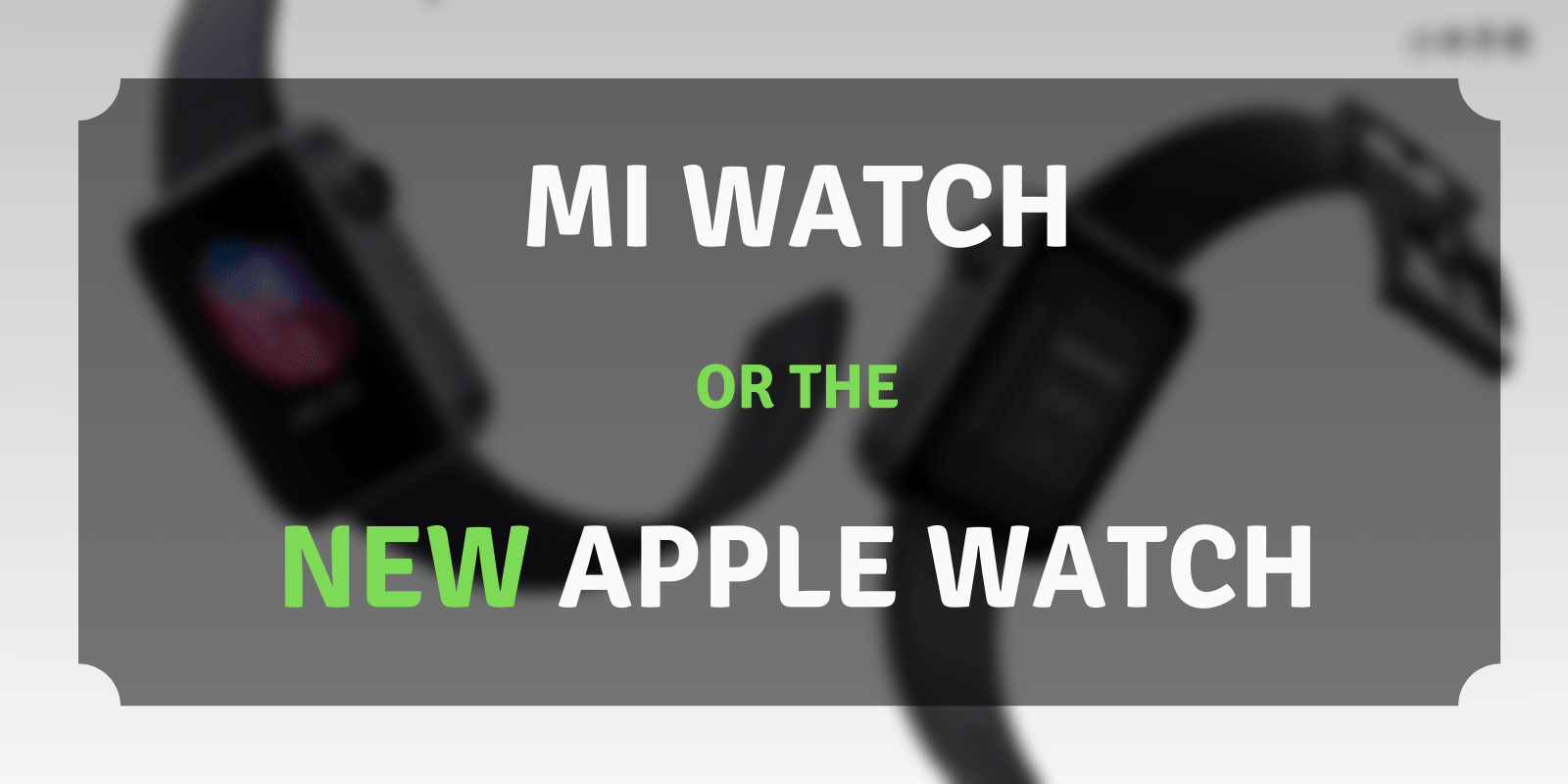 One of the devices that excited me a lot about its arrival is surely the Mi Watch. Mi has been doing more than better in all the fields they land their feet and obviously this company provides the best hardware at affordable prices.

So, In this article let us discuss the features of the Apple iWatch’s lookalike Mi Watch and whether you should buy it or not? Mi Watch has a very similar appearance to Apple’s iWatch which probably tensed Steve if he was there.

Also Read our article on the Are Smartwatches worth the money? (August 2019).

Comparing Mi Watch with the iWatch:

When kept on a side by side, both the watches look exactly similar and it’s barely impossible to differentiate the watches when viewed from a decent distance. Yeah, Mi Watch is slightly on the bulkier side but that’s why Apple Watch is costly too.

So, let us divide the comparison on what all characteristics of the Mi Watch looks similar when compared to Apple’s iWatch as the Similarities and the Differences.

There is a lot of Resemblance of the Apple watch and Mi Watch has taken most of its design aspects from the Apple Watch and when meaning a lot, it’s indeed a lot! Let’s hit the resemblances of these.

The Packaging of the Mi Watch is exactly similar to that of the Apple Watch’s packaging and this is a great similarity to note for.

The Mi watch has the same size display with the same resolution as that of the Apple Watch and it’s great to have that in a much cheaper device.

The Crown button, Power button, and the mic are exactly placed on the right side of the watch same as the Apple Watch.

The left side of the Mi watch is the speaker grill which is again the same as that of the apple watch itself.

The Mi Watch may have a resemblance to the Apple Watch, but there are some things that have to be noticed and should be appreciated. So, these are the differences or the points where the Mi Watch stands out.

For this price, the Mi Watch comes with a very classy and premium look with an aluminium body which is sturdy and more comfortable.

This watch comes with an old yet traditional buckle type strap which is liked by most of the people out there.

Comparing to the price of the Apple Watch, Mi Watch comes with a very cheap price and provides value for each penny spent.

This watch packs in a very good amount of software that is simply wow. to state some, Snapdragon wear 3100, eSIM support, Pogo charger, etc.,

Mi Watch may look more like an Apple Watch, but there is nothing lacks on the spec sheet and this thing is full of features, powerful hardware, and perfection. So, the main features include.

Should you Buy the MI Watch?

The Answer is Simply Yes if you want the best value for the money spent. But this has not arrived in India and this will be a game-changer in the Indian market for sure.

The price of the watch is expected around 12k to 14k INR which is the best price for the specs that this watch packs inside. So grab yourself one, if you are interested in the specs and the features.

And please note this post is not sponsored o affiliated by any company and this is purely out of my research and knowledge.

If you are capable of affording the Apple Watch, then my suggestion would be always going for Apple because of its sleekness, and apple offers more out of the box on the Apple Ecosystem.

If you are interested in Fitness bands, check out these articles,

Hope you find this article informative enough. Thanks for spending time here.