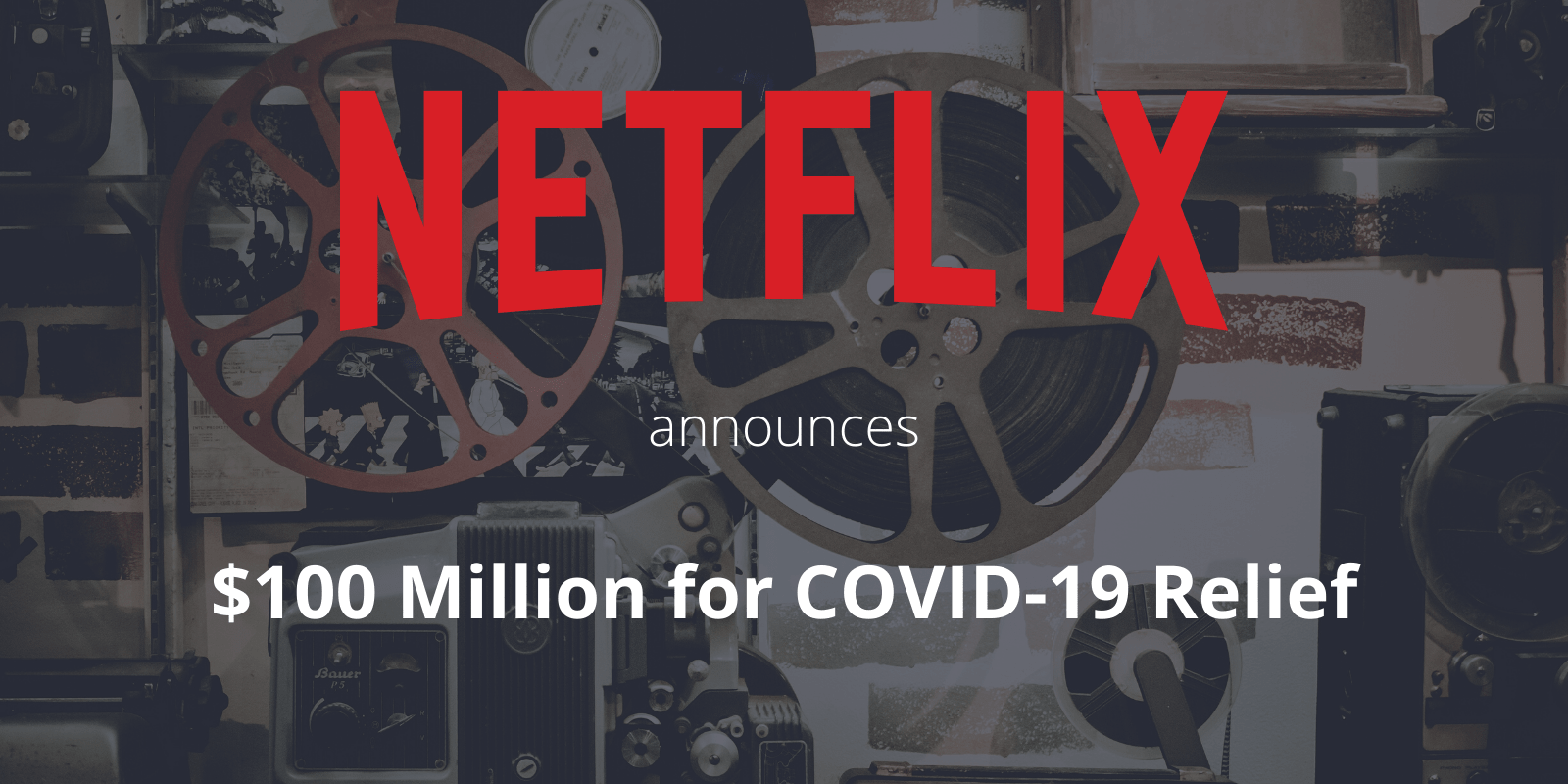 The deadly Corona virus or the COVID19 has become the talk of the town and has been taking the lives of thousands as there is no proper cure announced to date for the disease.

So, Netflix has come up with the huge announcement of offering $100 Million for the Entertainment workers who are usually working on daily wages and those who are hired on a project basis.

On March 20th, 2020, The company has announced that it has planned to offer $100 million for the entertainment workers who usually work for daily wages or who are usually hired for projects alone.

Most of the fund will go towards support for the hardest hit workers on our own productions around the world. We’re in the process of working out exactly what this means, production by production. This is in addition to the two weeks pay we’ve already committed to the crew and cast on productions we were forced to suspend last week

The company has stated that 15% of its share will go to the third party and the non-profit organizations that help the people to stay safe or help the people who are affected by the COVID-19.

The fund not only applies to the US, but the company also offers its funds to all parts of the world including Asia, America, and Europe.

The Relief Fund is not only targetted to the company’s employees, but the company has also stated that it will provide the fund to all the production houses, television industry and other film industries in the country.

This initiative of the company is appreciated in the industry and highly honoured to support the society in this crisis. Further big shots on the market are requested to share their part for the society.

I kindly request all of my readers to kindly follow the preventive measures for COVID-19 and please stay home safe and healthy.

Wish you all good health and hope this ends at the earliest.