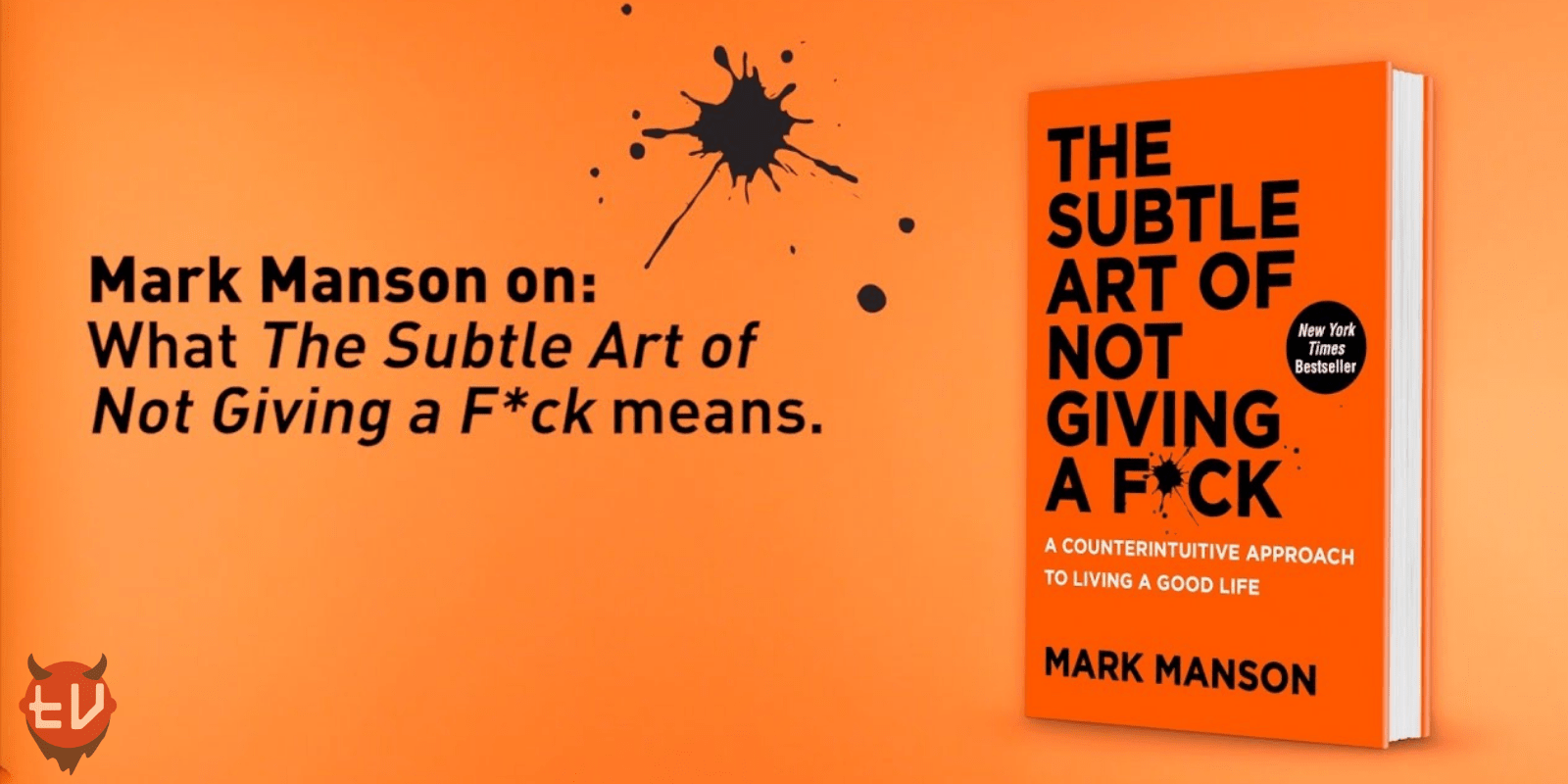 Our generation has become a self-defining and a dependent form of life where we usually depend on someone say, friends, relatives, and anyone around us.

We depend on people for some needs, some for money, some for care, some for just passing time, etc., So basically our life becomes a form of dependency by being dependent for needs or being a source for someone’s needs.

So Mark Manson is a star blogger who cuts off all negativity and tells his fellow readers that, life is not always positive and there are some situations which make us happier and better.

In this article, I will be sharing my views on the book “The Subtle Art of not giving a F*ck” by random knowledge from actual readers, content writers, internet sources.

So the book is all about the context, “Think Positive”.

The author doesn’t want anyone to be positive all the time as positivity is something that can never be relied upon. Positivity is actually something not to trust or worship. He also adds “F*ck Positivity” by letting his views upon the aforesaid context.

The author also states that “Let’s be honest, shit is f*cked and we have to live with it”. By this way, he tells his readers don’t be fooled by the statement that life would be easier if we think positive.

In this widespread internet blogs and websites, the author doesn’t add up to the context and his book is an antidote to the society.

The author claims that American society is infected with a habit of rewarding people with gold medals even for just showing up. He tells that the society doesn’t offer any loyalty to the hard worker or a positive thinker and nothing less for a sloth.

Manson also makes a point by stating that, humans are not taught to turn lemon into lemonades rather they are trained to stomach lemons better. He further adds up “not everybody can be extraordinary, there are winners and losers in society, and some of it is not fair or your fault.”

So society should be open to negativity as well because society also depends on the fact that the world is made of equal parts of positivity and negativity. So negativity helps us to become a happier and more successful person.

He states that there are few things in everyone’s life which are worth giving a f*ck for. Money can be so satisfying, but earning someone to spend life with is better because true wealth is about the experience.

This book is filled with entertaining stories and profane, ruthless humor, The Subtle Art of Not Giving a F**k is a refreshing slap for a generation who wants only positive stuff around themselves.

Hope you enjoyed this article, Thanks for spending time here!

6 thoughts on “The Subtle Art of Not Giving a F*ck by Mark Manson, Review”