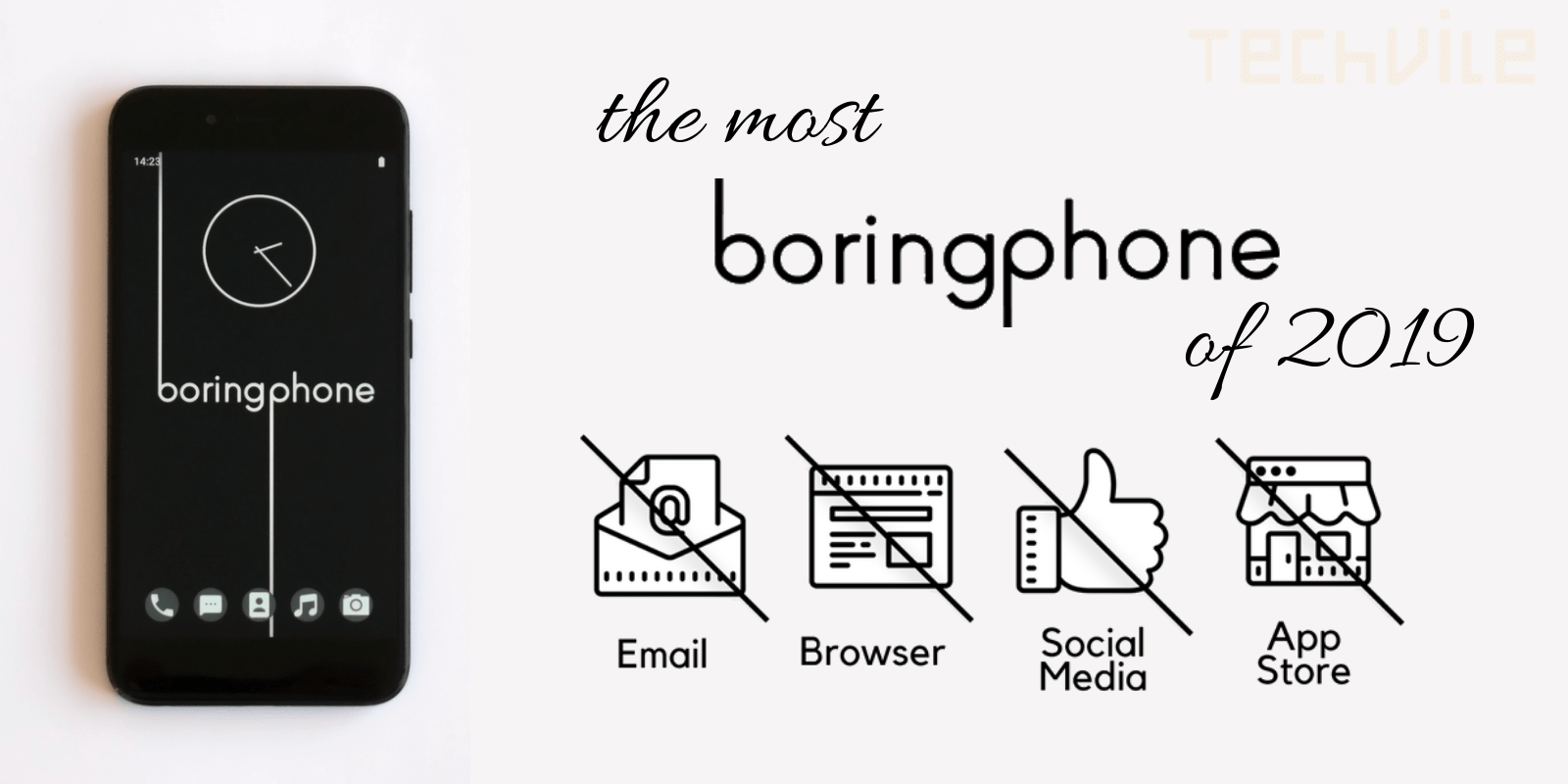 A Smartphone has become the daily driver for most of now as mobile phones are becoming a part of everyday lifestyle and it has become an unavoidable part of everyone’s life.

In this article, I will be bringing you the knowledge of a Boring smartphone that you can buy for NZD $499.00 which is approximately ₹ 23000. This boring phone has a decent spec sheet that has no compromises.

The Boring Phone was a refined version of the Mi A1 2GB variant which was built on a custom ROM based on Stock Android that has only necessary features and nothing more than that.

This Boring Smartphone has the basic features that everyone needs but without any distractions.

Why it was built?

In this modern age of mobile phones and gadgets, everyone around the globe is getting addicted to smartphones that they started to take their mobile phones to the toilet.

A typical smartphone user wakes up to his smartphone, checks his messages around 150 times a day, gets accompanied by a smartphone at all times, and it remains the last thing the user is exposed to at the end of the day.

So, the developer actually tries to provide a solution to stop smartphone addiction and get people into actual life.

Co-founder of BoringPhone, Alex Davidson and his childhood friend Jasper Mackenzie had an idea of building this smartphone to prevent themselves from getting addicted to these smartphones.

He also adds that ” get out of your phone and into your life, you’ll be able to call, text, take photos, use maps, and listen to music and podcasts, but there won’t be a social media, email or browser app insight which forms the actual usage of a smartphone.  “

The boring phone is a modified or refined version of the MI A1 32 GB variant that is modified on the software part that removes all the addictive features and all unwanted distractions on the phone.

The Boring phone has no social media apps, no media apps either, and no more Play store or AppStore kind of thing to expand its capabilities. It allows only to make a call, message someone, take photos or videos, navigations, and some useful tools.

The Boring phone packs in all the required features like,

So, should you buy the boring phone that has not that killer features and won’t even allow you to install WhatsApp on it? so the answer will be something based on your instincts on the author’s initiative.

According to my thoughts, this is something initiative and this is towards a good world. If you are ready to give up this smartphone addiction and get into your life, this is your way to success.

The Company has launched its boring phone on New Zealand and Australia on July 2019 and it’s rapidly making it available for the rest of the globe including US and Asian countries.

If you can’t wait, you can import it from Nea Zealand. Click on the link below and make the order.

Hope you found this interesting and thanks for spending time here!