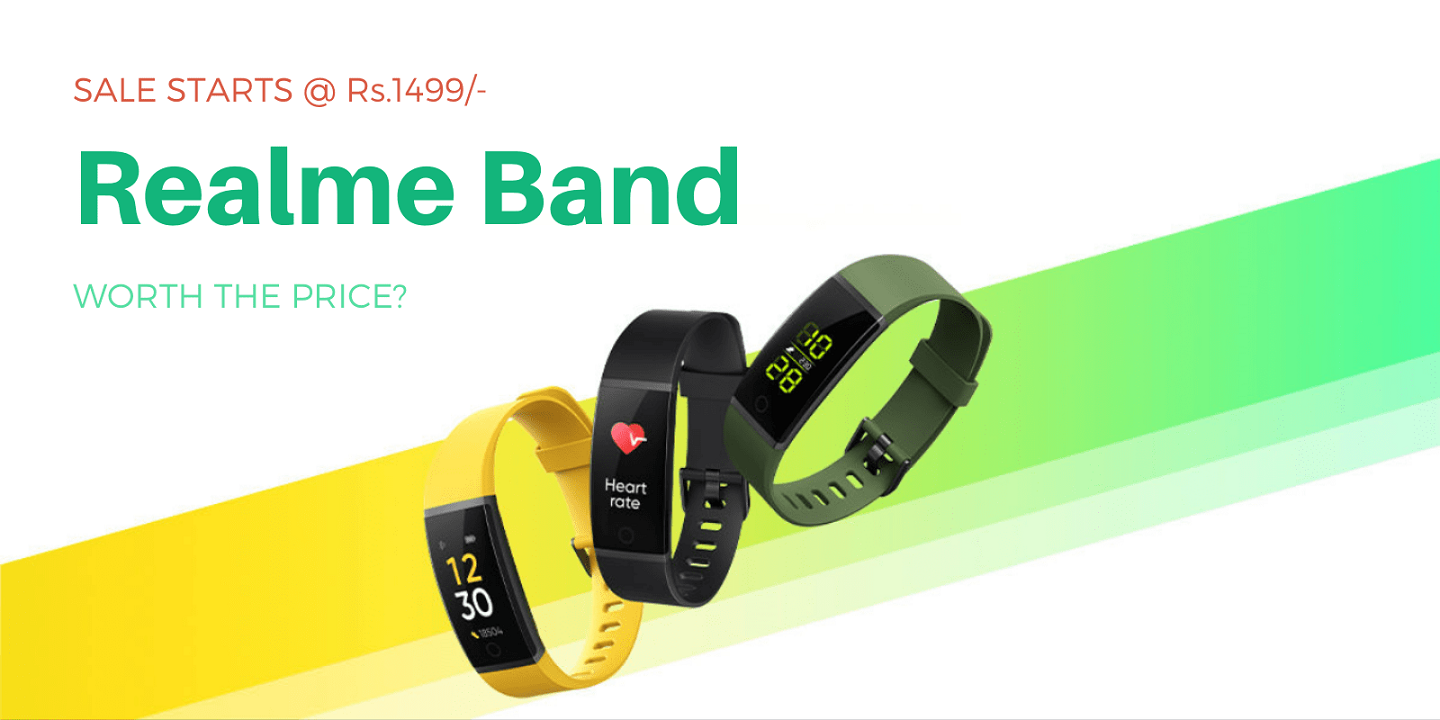 Fitness Bands have become the new trend in 2020 that has become a daily driver who is focussed more on fitness and also for someone who wants to have their mobile notifications on their watch without spending much.

So, In this article let us discuss whether the RealMe Band is worth the Price tag of ₹ 1499 or not. Let’s compare the features of the Realme Band with the competitors.

This is the first attempt of the company to keep its foot on the smart band market and the spec sheet is quite compromising and gives a positive approach on the first look.

So, what are we waiting for? Let’s get started.

The features of the Realme Smart band are quite adequate and the band features all the required features of a normal fitness band but let’s see what’s new or what’s better in the segment.

The Realme Band has a Color Display, Sleep Monitoring and Heart Rate Monitoring that should do the work as the other competitors do. But unlike the Mi Band and Honor Band, this one features a Big Display.

And this features a direct USB input for power and recharging and does not require any additional hub or any other special platforms to get the device charged. Just plug it and get your band charged.

The Realme Band is very competitively priced at Rs.1499/- and the spec sheet shows it’s worth every penny paid.

If you are someone who doesn’t want touch displays and can regularly charge your band like in 6 days then this should be a better option for you.

Realme Band is set to be available on flash sales from 9th March and if you want to get yours, you should follow the Flash Sales and get one for you.

As far as the Specs and the Brand visibility and quality are concerned, this band should be durable and do the works as promised. This has already been the best in class at this price point.

So, if you are okay with the Features and the Missings, get your RealMe Band now.

Thanks for spending time here. Cheers!