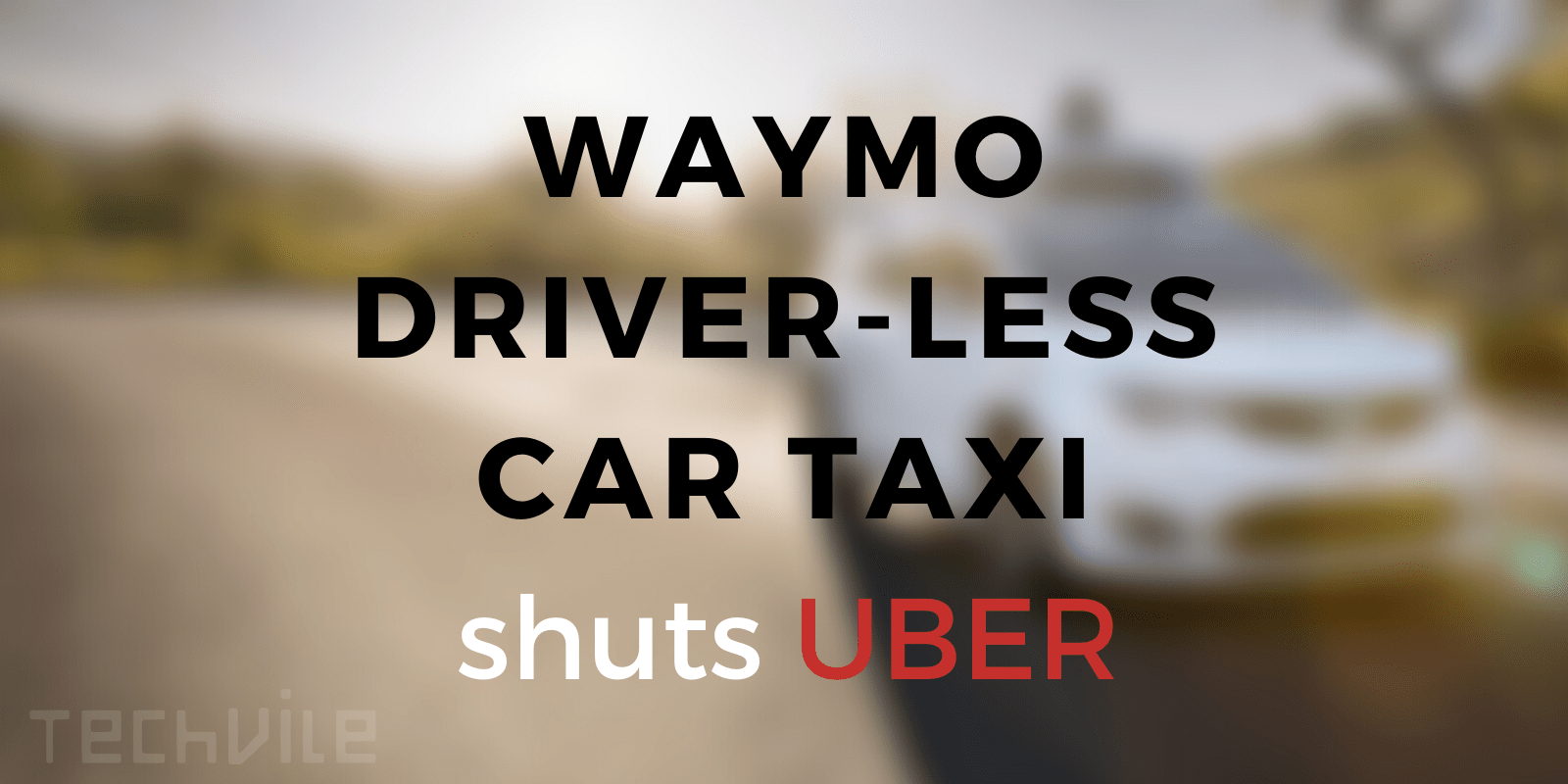 Waymo is a self-driving technology development company which is a subsidiary of the Alphabet, Inc. Waymo is a project originated from the Google Project and became a standalone company in December 2016.

Waymo LLC developed the Waymo One concept, which is a cab or taxi-like service that offers a car on demand without any driver that completely works on the concepts on Machine Learning, Image Processing, and Artificial Intelligence.

In 2015, the first concept minivan was built and it was tested on the public roads of Arizona without any driver or any police escort. Also, the concept vehicle had no actual steering wheels or foot pedals.

The first ride was taken by Steve Mahan, former CEO of the Santa Clara Valley Blind Center on a public road and this was the first ride in the segment. Later the company was formed in 2016 and made standalone.

In October 2017, the company tested the concept without a safety driver on Arizona and the company stated that it would launch services around Arizona in the coming year possibly.

The vehicles are assembled by Magna, a car-building company that provides top-notch vehicles. The company decided to retrofit already built vehicles rather than building new design concepts.

By April 2019, the company announced plans for vehicle assembly and also 300 to 400 job vacancies around the area of the plant.

The Cars used by Waymo are the cars that are actually released on the market which are retrofitted with the sensors and autonomous driving capabilities. The company claims that these vehicles are fueled using batteries or hybrid source.

Waymo is tested across millions of miles on public roads and billions of roads on simulation which would be roughly equal to hundred years of driving experience of a human. So the company claims that they are building the “World’s Most Experienced Driver”.

The data set of the Waymo is built on a complex set of values that are trained by millions of data records. But the process can be simplified to human-understandable definition as,

Before the cars head up to a public location, it is given with a 3d road map which consists of every traffic signal, road marker, stop signs, etc developed by the team in order to provide a safer driving experience to the passenger and the public.

Softwares and the sensors on the Waymo continuously monitor the vehicles, pedestrians and every road marker on the surrounding and also has the ability to find the distance between each of the object using radar.

Waymo is also capable of reading the traffic signal, reading road signs and read the road markers without any delay and this can be achieved over 3 football field distance in each direction.

Based on the movement direction, speed and trajectory, Waymo predicts the situation and identifies what happens next using the data set that compares around 100 human driving years.

Software predicts all the possible ways the other objects can take and performs further actions based on that.

What Should I Do?

Based on all the information provided, Waymo decides the speed, trajectory and steering maneuvers required to pass the route as safe as possible.

The Company tests it’s self-driven cars across multiple locations in the U.S. By driving every day in different types of real-world conditions, cars are trained to navigate through all sorts of situations.

The major test locations are as follows,

Waymo Offers its dataset to the growing Machine learning field and makes it available for everyone to use.

You can check their dataset here

The Company claims that driving today is not safer or enjoyable as it should probably be. So the reasons are as follows,

Waymo has already started their ways to work on these limitations but they are yet unresolved at this instance. They are as follows,

Uber sends its 80% of the cost to Drivers who are actually keeping the business running. But in Waymo, the cost for a driver is nearly zero and it’s a one time process of training the car for a lane.

With the profit cut there, Waymo offers 60% cheaper services to its users and most of the trips taken are around 6miles maximum which is not a big deal for the electric autonomous vehicles to operate.

Waymo also planned to offer Ride sharing which even reduces the cost one margin again and makes it easier for the people to take short rides like dropping off school, buying groceries, etc and cheaper too.

Technologies like Waymo are like dream come true and they offer better, cheaper and efficient solutions to human problems. Hope this technology reaches our country any sooner and makes our lives better.

Hope you enjoyed this article and thanks for spending time here.