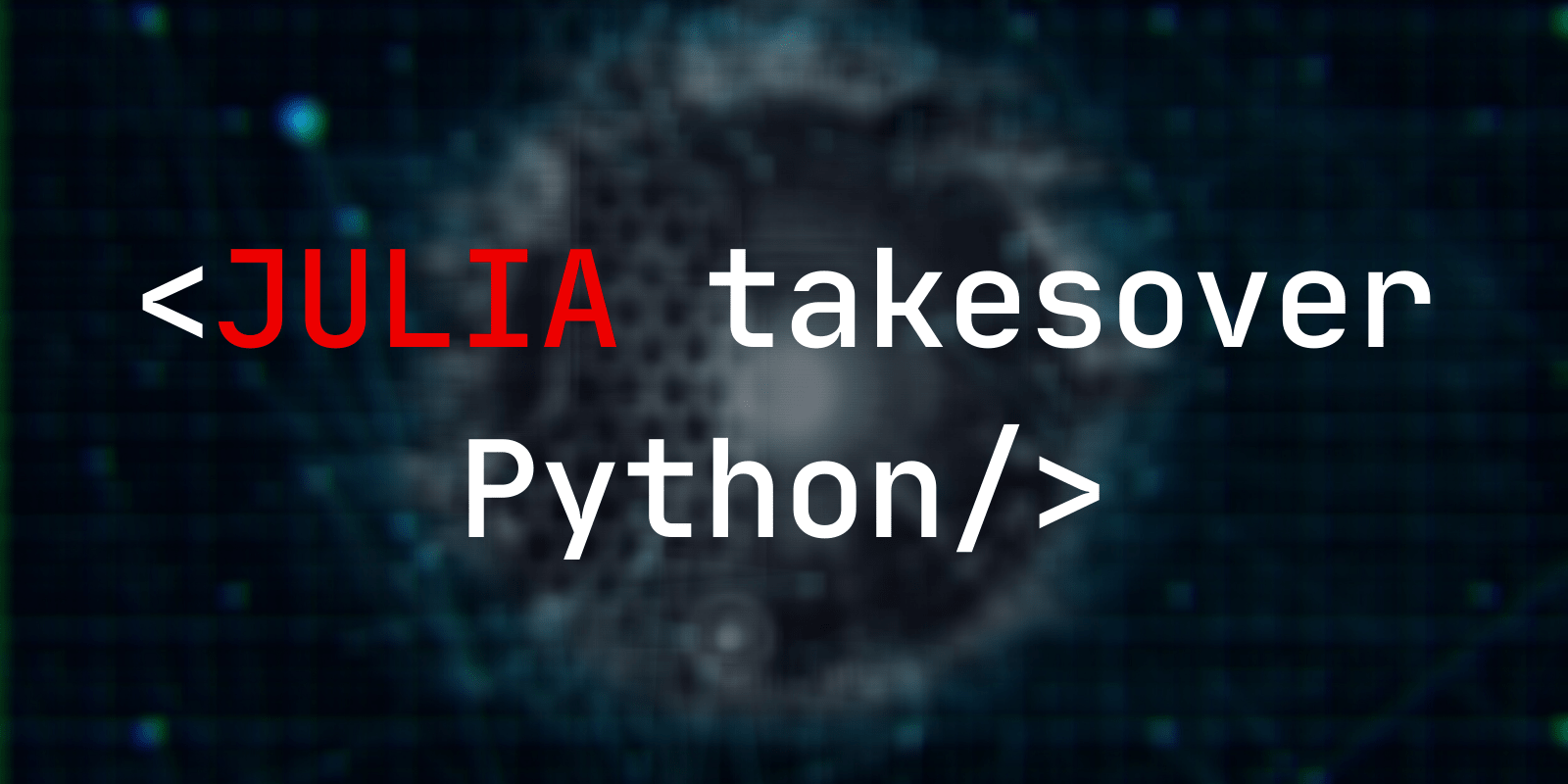 But still, Python also has some issues and drawbacks that piss off the developers. Python language is dynamically typed so it has many design restrictions that are reported by some Python developers. That’s the reason why more and more programmers are adopting other languages like Julia, Go, and Rust.

Data scientists and AI specialists deal with lots of mathematical problems, Julia is correctly suitable for them. And even upon critical conditions, Julia has upsides that Python can’t beat.

Ever thought Mi could take over Apple? Read our article on Is Mi Watch an Official Apple Watch Copy and Should you buy?

Big data has grown to become one of the most fruitful fields. They are usually hired to analyze, control, and parse large chunks of data. Implementing these actions using traditional techniques is not an apple pie.

” We want an open-source language, with a liberal license. We want the speed of C with the dynamism of Ruby. We want a homoiconic language, with true macros like Lisp, but with an obvious, familiar mathematical notation like Matlab. We want something as usable for general programming as Python, as easy for statistics as R, as natural for string processing as Perl, as powerful for linear algebra as Matlab, as good at gluing programs together as the shell. Something that is dirt simple to learn yet keeps the most serious hackers happy. We want it interactive and we want it compiled.”

We are greedy: we want more.

Reasons why Julia is preferred over Python:

Speed is a focal point for the project required by any programmer. As we all know that compilation and execution help to work normally, but in this case, execution of Python takes place with the help of an interpreter instead of the compiler as we have seen that Python code is executed line by line, which causes it to slow down.

Julia’s language is still faster than Python. This is possible because Julia uses both the type declarations and JIT (Just in time) compilation. The unoptimized versions of Python programming cannot match the speed of Julia.

For any memory-intensive tasks Python is not a good choice. That is why it is not used for that purpose. Python’s memory consumption is also high, due to the flexibility of the data types.

With Julia, you won’t be overburdened with the tasks of freeing and allocating memory. The language does these tasks for you. The language provides effective measures for garbage collection.

Both Julia and Python utilize parallelism for resource management. However, Julia is less heavy in terms of the resources that it uses as compared to Python.

One of the major drawbacks of this language is that its design has numerous issues. Python programmers face several issues regarding the design of the language. This language requires more testing and also it has errors that only show up at runtime this is because the language is dynamically typed.

Some Cool Features of JULIA:

Julia is only compiled and not interpreted. This is the main reason why it is faster than interpreted languages. JIT (Just-in-time) compilation makes Julia have the same speeds as C programming language.

Julia will allow you to type your strings of codes dynamically while at the same time gives you the full advantages that come with static typing. Dynamic typing allows you to declare a variable without stating its type.

Similar to Python programming language, Julia has a simple and direct syntax that you can easily understand.

Have you ever thought BIAS Bluetooth attack can harm your SmartPhones, Laptop, etc.

Previously no one believed in Artificial Intelligence or Data Science, but now those technologies are ruling the world right? And those who started learning Python in the beginning now they are the ones with great demand and with high salaries.

But now more people adapted to python and in 10 years we will have like a lot of python developers so at a point in time everyone will look for a change that is efficient than existing languages so there is a chance where Julia gets developed and be in the market.

So instead of investing your time in existing languages you can make yourself move to Julia, you’re not guaranteed to make a shitload of money in ten years if you adopt Julia now. But you’re increasing your chances. You have a real edge if you can put Julia on your CV.

If you learn Julia now its an opportunity for a great future, In this sense Hello Julia!