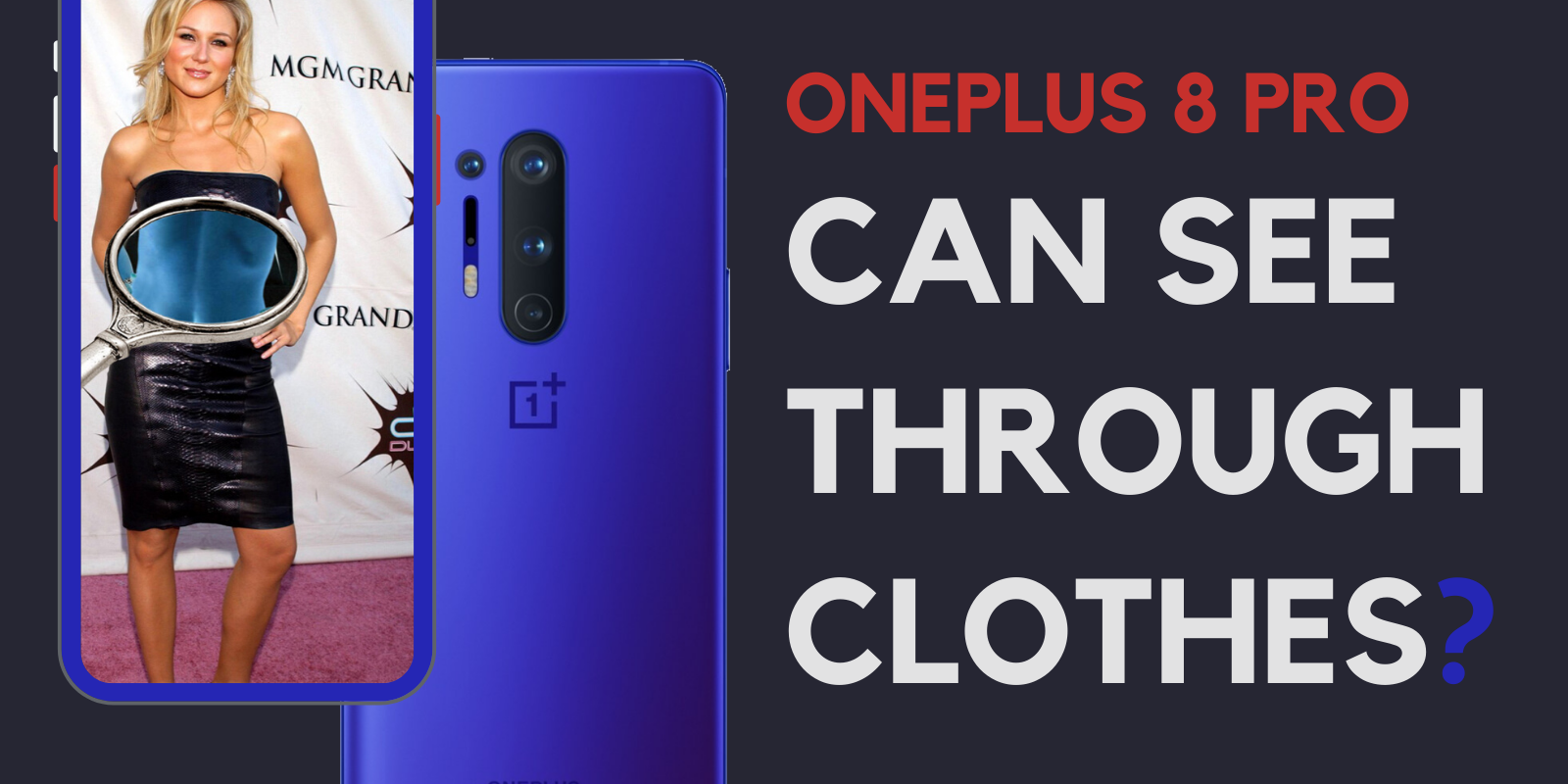 OnePlus is getting popular day by day and becoming the talk of the town for the coming days. OnePlus unveiled its Real Flagship, the One Plus 8 Pro with best in class features and justified the $900 price tag.

So, In this article let us discuss the Photochrome Filter on the OnePlus 8 Pro’s Camera that uses the IR Camera in the system to look through some objects in real-time.

OnePlus claims this as their X-ray vision or the IR Vision of the Flagship that is capable of seeing through objects that are thin and even absolute black. OnePlus can see through the objects that our naked eyes cannot.

Want to know what makes 2020 a remarkable year despite the pandemic? Read now: 10 Technologies that Make 2020 a Remarkable Year

OnePlus 8 Pro has a quad-camera setup on the rear with a 48MP primary sensor, an 8MP telephoto lens, a 48P ultra-wide lens. Apart from this, this phone has a color filter which is a photochromatic lens that does this magic.

What it can see through?

Basically, OnePlus claims that this photochromatic lens turns the ordinary scenes into a surreal landscape, but as far as we could see, this thing does even better things.

This filter has been first tested with some objects like Apple TV, Remotes, Nintendo controllers, Laptop chargers, etc., and the results were simply amazing as we don’t have to do anything and this thing is simply built inside our camera.

This feature was tested across some objects and the results were simply mind-blowing, check them below:

This feature performs its maximum on thin plastics that are used on all common appliances and gadgets nowadays and below is the image for the demonstration of thin plastics.

When the objects are considered this is really a boon to the mobile technology as it lets you see through the objects, which is a really cool thing. But, does this have a bad side? Let’s find out.

Can this Really see through clothes?

This is the first question that comes to everyone’s mind when you introduce an object that can see through objects. And even many of the perverts would have started buying to check this out, which is something we should feel ashamed of.

Unfortunately, I was not able to get an OnePlus 8 Pro on my hands to test this out, but what I have is a reference that was shared on the internet to demonstrate whether these cameras are capable of seeing through clothes.

As you can clearly see, the left picture is what a normal mode takes on the OnePlus 8 Pro and the right image is the Photochrome filter which uses an IR camera to see through things.

If you own an OnePlus 7, then you must read our article on Top 6 Accessories for Your OnePlus 7 (October 2019)

With this being said, the OnePlus 8 Pro cameras are really capable of seeing through clothes, which may be misused by people (mostly perverts). This may or may not expose the private parts of humans depending on the clothes they wear.

Hollywood uses this technology to shoot day time shoots during the night and made them look like that was really shot in the morning time. Pretty cool isn’t it?

Sony developed a Handicam in 1998 which had this implemented on its cameras which has the same controversy as the OnePlus 8 Pro and the images are shared below.

This feature was discontinued by Sony as this led to a lot of opposition from the consumers. But it was back in 1998, let’s see whether the people accept this in 2020 or they oppose this as well.

What do you guys think? Does this have a feature that is worth tolerating the negative side of the feature? Let us know your views on this in the comments below.

According to me, this is a great feature to consider, but considering the perverts out there who make this world insecure, this has to be worked upon and reconsidered based on the opinions of the people.

But if this creates an opinion clash among the people, this has to be discontinued by the OnePlus because this may affect the reputation of the brand as well.

Hope this was clear and explanatory, Thanks for spending time here. All the images used are from Google and other Online sources, Check our article on Some Unknown Hidden Gems in Google Photos.