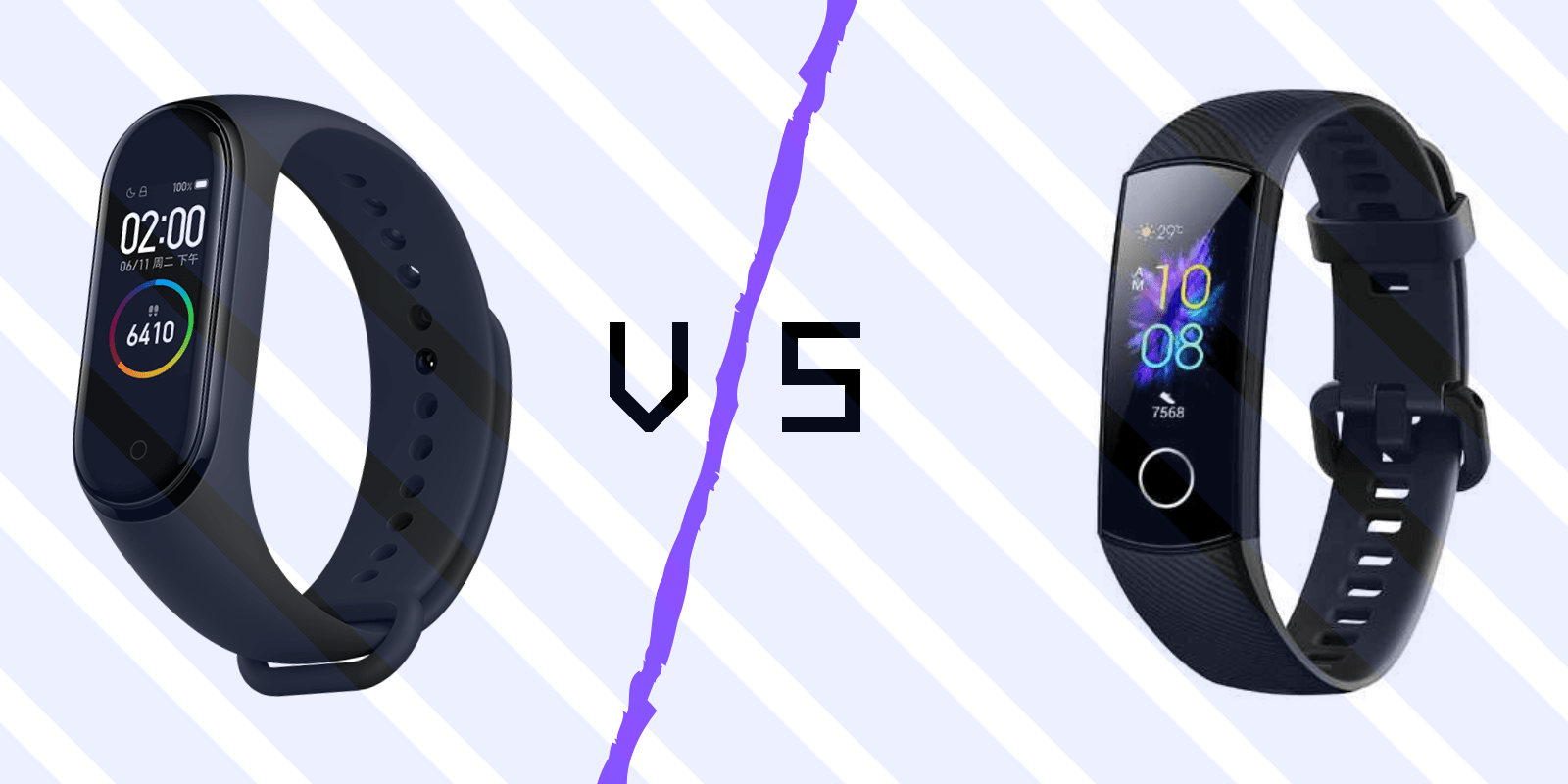 Fitness Band or Fitness trackers have become the talk of the town after the technology giant MI introduced its best in class fitness trackers at the best price available.

But, the competitors have also worked upon the same segment and have their products come up on the market which has become a rival to the MI bands. Are those competitors worth taking up the MI band, Let’s see!

In this article, we will be doing the detailed comparison of the Fitness Band Rivals, the Honor Band 5 and the MI Band 4. And also we will be suggesting the Best Fitness band that you should buy in August 2019.

Factors we work upon:

If you don’t want to know the detailed comparison, then we would suggest you head on to the final verdict section to find the overall aspects and the best of these two in short and sweet verdict.

The design of both devices is very clean and more attractive and has the same design language. Both bands are very lightweight and comfortable to wear for a longer time and do not cause any discomfort.

The Design on the MI band 4 is carried out from their ancestors and they call it as the capsule design which is more likely to be called as the typical fitness band design as most of the Chinese companies started to make clones and similar products of it.

The Design of the Honor Band 5 is similar to that of their previous versions but they have some quite improvements and these bands are more attractive to me than the MI bands as they provide a sharp design language than the oval outdated design.

The build quality on both the devices is mind-blowing and never compromises at any segment when it comes to the way it’s built and quality-wise.

As per my thoughts, Honor Band 5 looks more attractive and gets my point there!

Fitness bands are more likely to be bought to track their fitness factors such as the steps walked, calories burnt or even to track their heart rates during the longer run.

Both these bands have the option to count steps, monitor heart rate, track your sleep, indicate when you are idle for a longer time and even push notifications to you when you get a call or a message.

Yes, both can do the same thing! But who does that better means a lot here? The Honor Band 5 has a 6 axis sensor which is far more accurate to calculate steps more accurately than the MI Band 4.

The reading we get on the Honor band 5 is closer to that of the Apple watch whereas the MI band shows the heart rate with a deviation of +/- 13 bps which is a huge number when it comes to heart rate.

When the step counter and heart rate sensors are considered, Honor Band does it more accurate and stands a step above the inaccurate readings of the Mi Band 4. Also the Honor Band 5 packs in a spO2 sensor that finds the oxygen content in the body.

When these sensors don’t bother you and notifications are the only means you are getting a fitness band, then Mi Band 4 might be the one for you.

Speaking about the battery life, Mi packs a larger battery of 135mAh than the standard 100mAh battery on the Honor.

Honor claims to have a 21-day battery life without the daily heart monitoring and TruSleep sleep tracking which is more than enough for a fitness band with AMOLED color display.

Whereas the MI band offers a 5 day more battery life, on the other hand, it seemed to provide the same battery life as of the honor band when practically tested.

Honor band with all the features turned on lasts about 5 to 6 days of usage and this remains the same in the case of MI too. so it’s a win-win here and both perform the same in this regard.

The MI band 4 is not yet officially released in India but the pricing of the product os expected from ₹ 1999 to ₹ 2499 as the product is sold on China for CNY 169 which comes around ₹ 1700 in rupees.

So there is no big difference between the products in the pricing sector.

Mi App is more powerful and more intuitive and lets you connect with the other Mi band users and stay connected. The app interface is clean and provides information at a glance.

Honor app provides the most important data on the first glance on the mobile app and lets you access detailed information further. The app is clean, informative and ad-free.

Both the apps have an easy way to pair the devices and both the companies are equally powerful in the data processing sector.

Why Honor Band 5 is better:

Because of these reasons, we feel that Honor Band 5 is better than the Mi Band 4.

If you are someone who wants something that is worth money, needs an accurate step counter and heart rate sensor, and an extensive sleep tracker that is powerful, then Honor Band 5 is your go.

On the other hand, Mi is also yet powerful. You can choose Mi Band 4 if step counter and heart rate sensor is not in your expectations and need a longer duration on the battery and you need it only for notifications and approximate data.

So what are you waiting for, buy the one which suits your need using the links below

We hope you find this article helpful and thanks for spending time here!