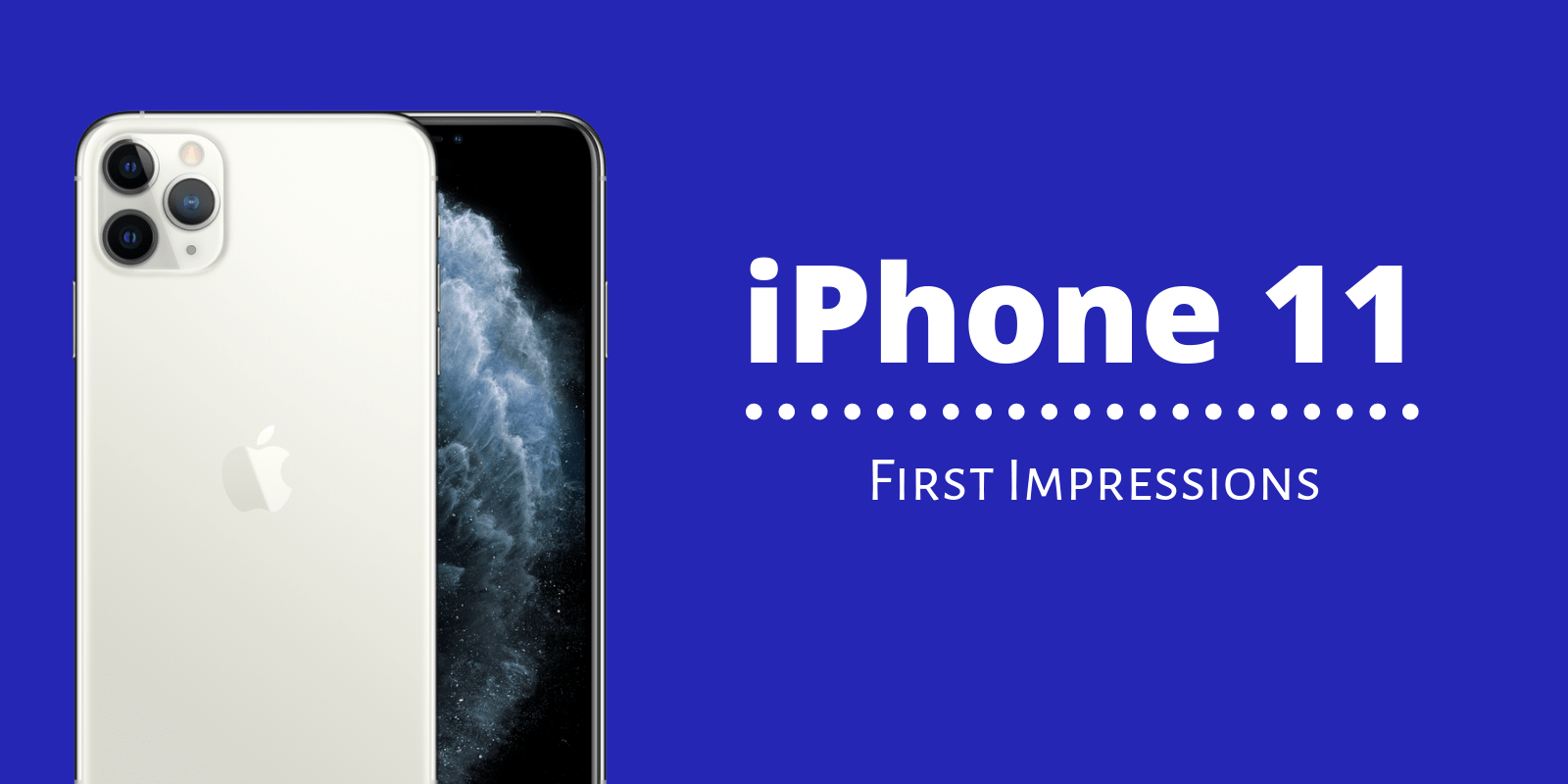 Apple has recently launched its iPhone XR Successor which is obviously the iPhone 11 which was released in three different variants, the iPhone 11, iPhone 11 Pro and the iPhone Pro Max.

So, in this article, I will be sharing my initial thoughts on the iPhone 11 variants, the new features, the upgrades, the pricing and literally everything Apple has released.

So, Apple claims certain features or the upgrades that the iPhone 11 should provide you that are not actually available on the predecessor models of Apple. Nothing to make fun, I’m just serious on this!

So, every statement in this article is completely based on the things I researched on the internet, on the live event of the Launching event, some other random blogs, etc.,

Let’s get started on the aspects that the iPhone 11 claims to provide a new feature or a new upgrade than the other smartphones out there.

On the meet, Apple claims that the iPhone 11 comes with an “Incredible New Design”. But I could see nothing like that on the images that are officially released by apple and they are exactly the same as on iPhone X series.

Of course, iPhone 11 comes in cool new colors and they are so attractive and eye-catching. But it has to be noted that it’s an iPhone XR Successor and so the colors come from there. LOL!

Next Comes the new Camera Bump!, the iPhone packs a real camera bump which stands above the back surface and the lens covering glass surely effects when placed on a hard surface.

The same big disturbing, annoying or whatsoever Notch follows the iPhone 11 too and simply I hate this especially after looking at the Drop Notches and Infinity displays or Fullview Displays.

The iPhone 11 packs a dual-camera setup at the rear which is a primary camera accompanied by the wide-angle sensor which every android phone nowadays has and apple claims that are new features!

And the iPhone 11 Pro and iPhone 11 Pro Max have three-camera setup at the rear which consists of the Main Camera, the Wide-angle lens and the Telephoto lens which produces stunning photos.

The Slofies proposed by Apple is a slow-mo feature on the front camera which allows you to take new-age selfies in a slo-mo which offers new features. Also, the rear camera allows you to enable/disable wide mode in realtime.

The A13 Bionic Chipset:

Apple comes with its next-gen Bionic chipset A13 which usually powers all the apple devices and remains a stable reason for the performance of Apple devices with lower memory.

In the previous version of the Bionic series, A12 beats the Flagship Snapdragon 855 by a decent number and the benchmarks of the processor are usually stable and linear.

The A13 Bionic processor is a low power nano processors and the company claims that the Apple iPhone 11 lasts 4 hours longer than the iPhone X.

Sad but true, the iPhone 11 offers only the same old LCD display which is a huge drawback to the series.

The Pro models have the retina display by the apple series which is quite decent but an AMOLED panel on iPhone 11 would be a win.

So, what does an iPhone Pro or Pro Max model pack in? Well, it’s a pro in all aspects. The company claims that the Pro model features a Pro Display, Pro Cameras, Pro Design and so on.

The pro models have a super OLED display which the Apple calls it Retina XDR which produces an excellent display quality on the screen.

The camera setup on the Pro models produces stunning photographs that are rich and clear in all aspects. The Front camera features 4k @60fps which is an excellent feature to have in hand.

The Pro models are likely to receive a Software update with the Deep Fusion Feature. This feature allows you to take multiple photos, attach them and produce high-resolution images using Machine Learning concepts.

Android users will laugh at this statement, but apple surely needs an appreciation for this. The Apple packs in an 18W Fast Charger which charges the device more faster.

Apple users will be delighted more if this feature was introduced earlier on the X series at least and surely this would have also improved the sales of the iPhone X as well.

The sale in India starts on October 27th, 2019 at the pricing mentioned above. So what will be the views on this, let’s see?

As far as I could see, the iPhone 11 seems no extraordinary and this device is usual and normal like all the other phones, yes it has better hardware and packs a good camera set-up yet the upgrade is weaker from the iPhone X.

It still lacks the Reverse Charging feature, USB type C, the same old outdated notch on the front. But these may change when I get to see the real device on hand.

Leave your comments and suggestion down below and thanks for spending time here.